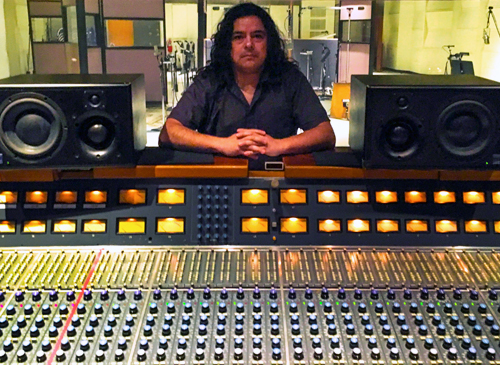 Gonzalo has a great technical and human qualities of which I enjoy in each of my projects. In these days when we have a great variety of colors, I always choose Gonzalo Ramos.

Gonzalo Ramos has the unique ability to cover both musical and technical matters that go into a production. I worked with him on the video Volver a Vivir which involved many artists from across the globe. Gonzalo put it all together. Seemlesly A hands on Engineer / Producer.
I hope to work with him some more.

Our last CD was mastered By Gonzalo Ramos in Spain. It was a great job. One of the best Sound Engineers from Chile now working in Europe and USA. Feel confident to send your tracks, either for Mixing or Mastering. You 'll get the best product on the market.
Thanks Gonzalo for such a great job!!!